Does Dancing make us Smarter?

When we think of the benefits of dance we think of the obvious – improvement of physical health and associated benefits. Dancing does give you all the benefits of exercise but also the additional benefit of improving cognitive skills, mental health and well-being. Dancing improves brain function on a variety of levels. Dancing improves cognitive brain function.

Perception Recognition and interpretation of smell, touch and feel

Attention Ability to sustain concentration on a particular object, action or thought

Motor skills Ability to mobilize our bodies and move objects

Language Skills allowing us to translate sounds into words

Executive function Ability to plan and execute a goal including:

Cognitive abilities are not fixed. They can be improved through lifestyle and practice.

The role dancing in cognitive improvement has fascinated the scientific community for a number of years. Many academics and researchers have carried out studies on how dancing has an effect on a person’s knowledge. One of the recent studies that have proven the benefits of dancing on the brain, is the one conducted by researchers from the Albert Einstein College of Medicine. The study, which was published in the New England Journal of Medicine, shows that dance is the best exercise to improve a person’s cognitive skills.

“Dancing improves a person’s cognitive skills because it prepares the brain for prime learning. A vigorous activity such as dancing pumps blood to the brain, giving it the glucose and oxygen it needs to function well. Apart from increasing blood flow to the brain, there is another mechanism that further improves the mental ability of a dancer or an individual who is learning how to dance. According to psychiatrist Dr. Joseph Coyle of the Harvard Medical School, the hippocampus and the cerebral cortex – both of which play a role in dancing – are rewired and consequently improved with frequent use. The dynamism required in decision-making – for example, what step you need to do next – paves the way for new neural paths that make information transmission faster and better. Such activities also help improve mental capacity since the cognitive processes are exercised in more ways than one.”

Without a doubt, dancing can help you jump your brain to overdrive. Apart from its cognitive benefits, there are other advantages that come with regular dance lessons:

Depression and stress levels are reduced. Apart from boosting your mental capacities, dancing helps you have a better outlook in life, therefore decreasing your risks of suffering from stress and depression. But in addition, dance also improves your mood, sense of well-being, your mind, your propensity to laugh and it delays many of the effects of aging

Dancing does makes you smarter. Experts from Stanford University say that dancing is great at involving all the brain functions simultaneously – from musical and kinesthetic, to rational and emotional.

Dancing is the perfect activity that increases brain power – therefore making you the smarter person you have always hoped you would be. With the many studies that prove the cognitive benefits of dancing, it is time to put your dancing shoes on! Dancing most definately improves your mental skills!

Benefits of Dance for your child 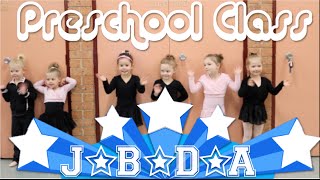 5 Tips to get Your Child Ready to Start School